What are the new iOS 16 features in Messages app?

By Lynn Joseph
June 9, 2022
InternetWhat are the new iOS 16 features in Messages app? 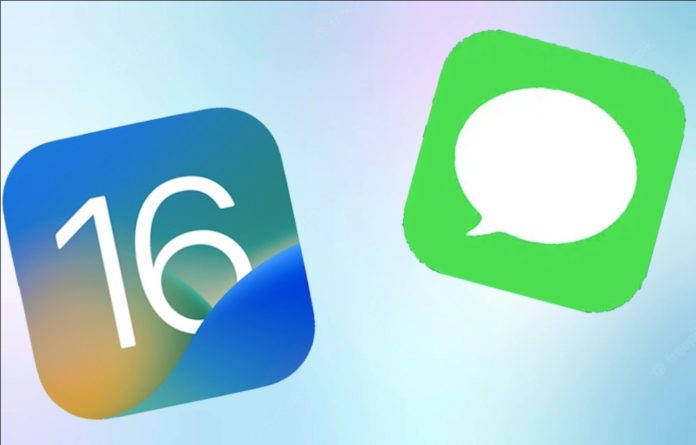 Apple has finally gave us a sneak peek on the major updates to all software platforms in the ecosystem. We have new software version for iOS, macOS, watchOS, iPadOS. All these versions have new changes and features that are mostly minor but definitely good changes if you ask me. In this article we will talk mostly about the changes that are part of the Messages app in the iPhones.

Especially, features like Unsend or Edit Message have been around other messaging platforms like Facebook Messenger, WhatsApp, Signal for a long time. In the western world, people prefer Messages for their instant messaging needs. So, its kind of unfair that Apple has not done these features for a long time.

But now that’s some of the features are here, let’s talk about it in detail.

Edit Message that is already sent

This is one of the big ones. We have all wanted this feature because the amount of dumb mistakes people in general while texting someone is out of control. An edit feature makes it extensively likely to not seem like an idiot.

See Also: Here’s all we know about WWDC 2022; dates, rumoured features and announcements

After years of waiting we can finally edit messages in iMessage. Let’s see how we can actually do that in Messages.

Please be aware that this could be done only within 15 minutes after sending the original (unedited) message. So, if you want to make any changes, please do it immediately. That’s how you can actually edit messages in Message in iOS 16.

Unsend Message that is already sent

In addition to editing, you could also unsend or revert a message that has been already sent to a user. This is definitely another most requested feature because Message users are tired of apologizing to people for wrongly sending messages to unintented recipients. With iOS 16, we can finally stop doing that. Let’s see how you can unsend a message that’s already sent in the Messages app.

That’s about it. Like editing message, you can unsend only within 15 minutes of sending the message. After that, you won’t see the option at all.

This might not be so difficult to follow and the fact that Apple has redesigned it makes you think what else they have in mind for the future.

In addition to the Messages app, there are so many other features which might seem tiny but they are definitely a good thing. Let’s see some of the features that are new in iOS 16.

These are just some of the features in the new update that’s part of iOS 16.

Seemingly Apple has focused on tiny update or making big features better that were released last year which seems like a good thing to do. Its like the 6S, 7S of software updates.

In the coming updates to the beta up until the stable release most probably in late September, we can continue to see updates and bug fixes and changes based on user feedback from the millions of developers and upcoming public beta users coming in July.