How to use Stage Manager in iPadOS 16

By Lynn Joseph
June 14, 2022
InternetHow to use Stage Manager in iPadOS 16 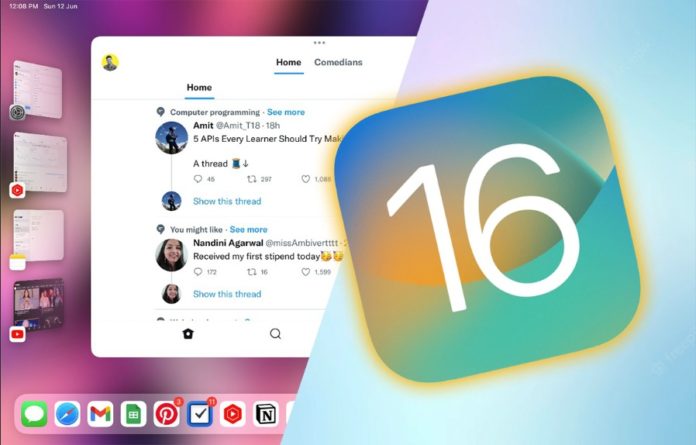 Apple always tries to leave us with some jaw-dropping moments or atleast close to something like this. Even though we had iOS 16 lockscreen changes, safety check and so many more features like that, Stage Manager is one of the highlights of this year’s WWDC Keynote.

Stage Manager could be considered as the next step in the evolution of Multitasking in the iPadOS. In this article we will dig deep into how Stage Manager works and how you can effectively add it to your personal productivity.

What is Stage Manager?

Stage Manager is the newest addition to the multitasking line of features in the iPad OS. It doesn’t replace the older feature but joins them in iPadOS 16. So, you don’t have to worry that Apple has taken away any feature, they have just added something new.

See Also: What are the new iOS 16 features in Messages app?

You can fully resize windows or apps in iPadOS with Stage Manager. In addition to that, you can reduce to a tiny window, overlap with other apps and ever keep one app over the other. So, basically how you would work with applications in a desktop computer whether its mac or windows.

But, like I said before, this is optional and you need to switch to this Stage Manager view for this to work and if you prefer to stay within the old way of window management, you can choose to do so.

How to use Stage Manager in iPadOS 16?

Step 1 -> Swipe down on the top right corner of the screen to view the Control center.

Step 2-> Tap on the Stage Manager icon. In case if you don’t see the icon in the Control center, then you might have to add it manually to the control center from Settings -> Control Center -> Stage Manager.

Now you have enter Stage Manager view. This you can verify by the presence of the Stage Manager dock on the left side of the screen.

Now that you are in the Stage Manager zone, you can see the apps that already open in left side dock. Tap on the ones to switch between then.

Let’s say you are watching a Live stream on Youtube and you would like to tweet about it in real time. You can add the twitter to the current stage manager screen next to the Youtube. All you have to do is drag and drop the app either from the left dock or the bottom dock. You can also do this from the Spotlight as well. You can also remove apps from the screen by dropping them in the left side dock and it gets attached to it as a separate app.

It was mentioned in the Apple’s keynote that Stage Manager is available to only Apple Silicon powered iPads. So, you need the M1 chip or the new M2 chip for Stage Manager to work in your iPads. There was an uproar among iPad enthusiasts as to why this is the case.

In an exclusive statement to Rene Ritchie, Apple has explained that

So, perfomance has been cited as a reason to why Intel based iPads couldn’t use Stage Manager. This seems more of a marketing ploy rather than an actual problem because its an absurd thing to say that 2018 iPad Pro couldn’t handle the workload that Stage Manager can bring to it because People render 4K editing in LumaFusion on iPad.

What does this mean for iPad’s future?

Now, let’s talk about what features like stage Manager mean for the iPad’s future. Let’s be honest here. We haven’t seen a worthy competitor for iPad in the entire sector. So, its reasonable to assume that Apple is planning to reap the benefits of having an entire market sector for themselves and not moving towards an entirely touch based Macbook or any mac Computer.

In an ideal world that seems like the way to go. But from a money making perspective, Apple would be shooting themselves in the foot. A touch enabled macbook air is same as 12.9 inch iPad Pro.

Even though with the introduction of features like mouse support, multitasking, stage manager, iPadOS as a separate operating system, we can expect for Apple to sell iPad as a portable computer rather than taking that next step in the evolution of iPads towards a touch screen computer.

Personally, Stage Manager seems like a feature that I might try once or twice but doesn’t seem like something that I’d be interested in adapting to my daily computer usage. A very good example would be Universal Control. I admit that its the coolest feature but did it replace Airdrop on any level? Not so much I find myself airdropping files so much easier than the whole drag and drop shenanighan.

What do you all think about this Stage Manager? Is it worth all the effort? Do you see yourself using it more in the future?