POF stands for Plenty of Fish. It’s a free dating app which allows users to meet new people and also notifies them about potential matches. The app can be installed on a smartphone or desktop computer. Since it’s free for users, it depends on ads to get revenue. People who want to sign up for such services but are hesitant due to money, Plenty of Fish is a great opportunity for you. It’s free and has quite a large number of members.

The app makes potential matches by referring to some details provided by you. One such detail is your location. It narrows down the count to users whose location is near you. It has some features for which you’ll have to pay. Once a premium member, you’ll be able to use the features behind the paywall. It offers information about your personality traits and compatibility skills which is pretty insightful and cool.

In terms of members, POF is the largest online dating community app. Each day 55,000 new people sign up for its services. It creates a match every 2 minutes and more than 1 million matches per year. To use the best version of the site, you will have to get the premium version, meaning you have to pay for it. But the free version is not bad either; it has all the basic and minimum features. POF dating App got 4.2 Ratings in Google Play Store.

After signing up the app lets you take a few assessment tests in order to understand your needs. A few of them are Chemistry Test which is for compatibility, Relationship assessment test which is supposed to find out your personal expectations from a relationship. Another feature is the Meeting Goal, for example, if you are not looking for a serious committed relationship then be open about it and it will match you with people who have similar expectations and personality traits. This feature is quite great as you will be paired with people who have a similar mindset with you. It has a large number of members which means you will get a lot of choices and variety is unlimited. The iOS version and Android version of this app has recently been updated to add a bit of modern look, easy user interface experience, more assessment tests and quizzes, and more features. There’s a good news for the smartphone fanatics, the app site can be accessed from Google home using Google Assistant. It makes Plenty of Fish (POF) the first actual smartphone home-friendly. It also means you can use the site rather than install the app. 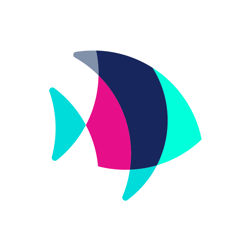 For the shy ones, there’s a new feature called Spark. It lets you quote any part of someone’s profile, which can help you break the ice and start a conversation with your preferred partner. According to users, that feature alone reportedly increases the conversation by 15%.

Other sites like Zoosk and match.com make quite a lot of fuss while setting up the account. But Plenty of Fish (POF) is simple as compared to the other similar dating sites. It’s easy to set up your account and the assessment tests match you up with only those who have similar traits and expectations.

For those who are confused as to what to write in your profile, it also generated suggestions for what you could write in your bio details. In terms of the app and its system, it is very much reliable. As far as customer issues are concerned, users should always keep it in mind that it’s never really safe to share personal information with people they don’t really know or trust. Always be careful as to what you share with whom.

Nowadays a lot of software and apps provide a dating service. But it’s hard to find something decent and affordable. Plenty of Fish (POF) is one of the few apps that are not only affordable but also provide a friendly and good experience. Whether you want a committed relation or a casual one, it takes your choice into consideration, shows you matches that are similar to you and not random. Even if you haven’t ever used online dating sites, you can definitely try it for your first time experience. It will definitely be better than other sites.