Where Net Neutrality Stands in 2022 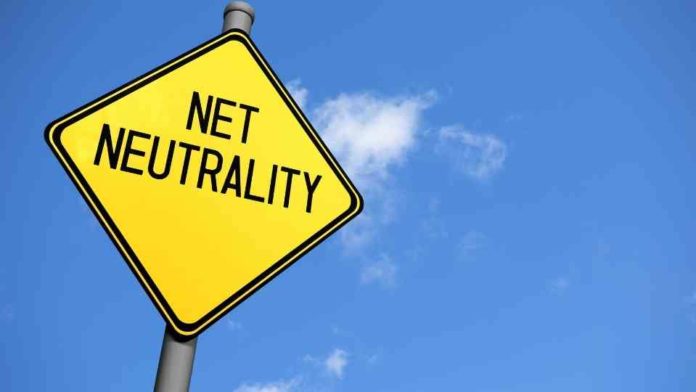 How to Slow down a Video on Snapchat

How to Delete Apps on iOS 15 for iPhone and iPad

Columbia University professor Tim Wu coined the term net neutrality in 2003. Almost 20 years later, net neutrality remains an ongoing debate despite the vast majority of Americans being in favor of it.

Before we explore where net neutrality is, it is important to define it. Net neutrality is the concept that the internet should be as free and open as is practical. No one should own it or be able to exert a great deal of control over it. The three core tenets of net neutrality are no blocking, no throttling, and no preferential treatment for which you can pay from internet providers.

The Argument for Net Neutrality

U.S. proponents of net neutrality believe that it should be federal law in order to preserve the openness and freeness of broadband internet. The free exchange of information that the internet allows for is unparalleled in human history. Without net neutrality laws, the fear is that internet service providers and the rich corporations that will pay them will have too much control over the content on the internet.

The Argument Against Net Neutrality

Opponents of net neutrality fear too much government oversight. They also argue that too much regulation suppresses innovation. They’re also real benefits to being able to prioritize internet traffic, and internet service providers argue that companies like Netflix and YouTube result in way more traffic than most sites.

Professor Tim Wu coined the term net neutrality in 2003. The concept itself was not new, but this was the point went the discussion was becoming front and center in the United States. Senator Barack Obama was among the first politicians to champion net neutrality. He even campaigned on that support when running for POTUS, and after becoming POTUS, he had the FCC institute new rules in 2010. Verizon and other big telecommunications companies sued and won. The rules were overturned. Obama and the FCC would go back to the drawing board and release new rules in 2015. The companies sued again, but this time they lost, and the net neutrality rules stuck.

That net neutrality victory in 2016 was short-lived. As soon as President Trump took office in 2017, he instructed the FCC to roll back the regulations. Like many opponents of the rules, President Trump felt that they did more harm than good by stifling innovation and so forth.

President Biden like Obama is a proponent of net neutrality. But it has taken a back seat due to the pandemic but also because it has taken nine months for Biden to choose an FCC chair. There is still some political jockeying going on as of this writing and the selection still needs to be approved. Presuming it is, net neutrality will be back on the table, but writing an FCC order is a long and complicated process.

Net neutrality is often framed as a Republican vs. Democrat issue, and perhaps it is among politicians. But it is not among the average American. When Obama had the FCC put the rules in favor, 85% of Americans approved, and that number held up even when broken down into political affiliations.

The State of California

Regulation of net neutrality is not exclusive to the federal government. States can regulate themselves. California is the most prominent example of this currently. As soon as the FCC repealed the rules, California established its own rules. As expected, the rules were immediately challenged in court, but the court ruled that California did indeed have the right as a state to regulate net neutrality.

It may take a couple of years, but the FCC will most likely reinstitute the net neutrality regulations, and this will be an interesting time as Build Back Better will put a lot of money into broadband infrastructure and programs for rural and low-income Americans. Whether the regulations stick this time will probably depend on who is president in 2025.