Websites to Translate any language

With the advent of the internet, it has never become easier to just gather and inseminate information from around the globe than now. The internet has brought cultures and societies so close now, that you can literally learn an entire language alien and remote to you or try and translate it at least sitting in your home.

Here in this post, we explain some tools and methods, by which you can translate some common and popular languages from one to another all online without breaking a sweat.

We introduce 4 such tools and how to use them, their pros and cons etc.

If it's information you seek, Google has you covered. Their online translator uses advanced machine learning algorithms and takes cues from hundreds of language experts around the globe. It’s not perfect but does a very satisfactory job of translating even long paragraphs and verses from one language to another easily and fast. 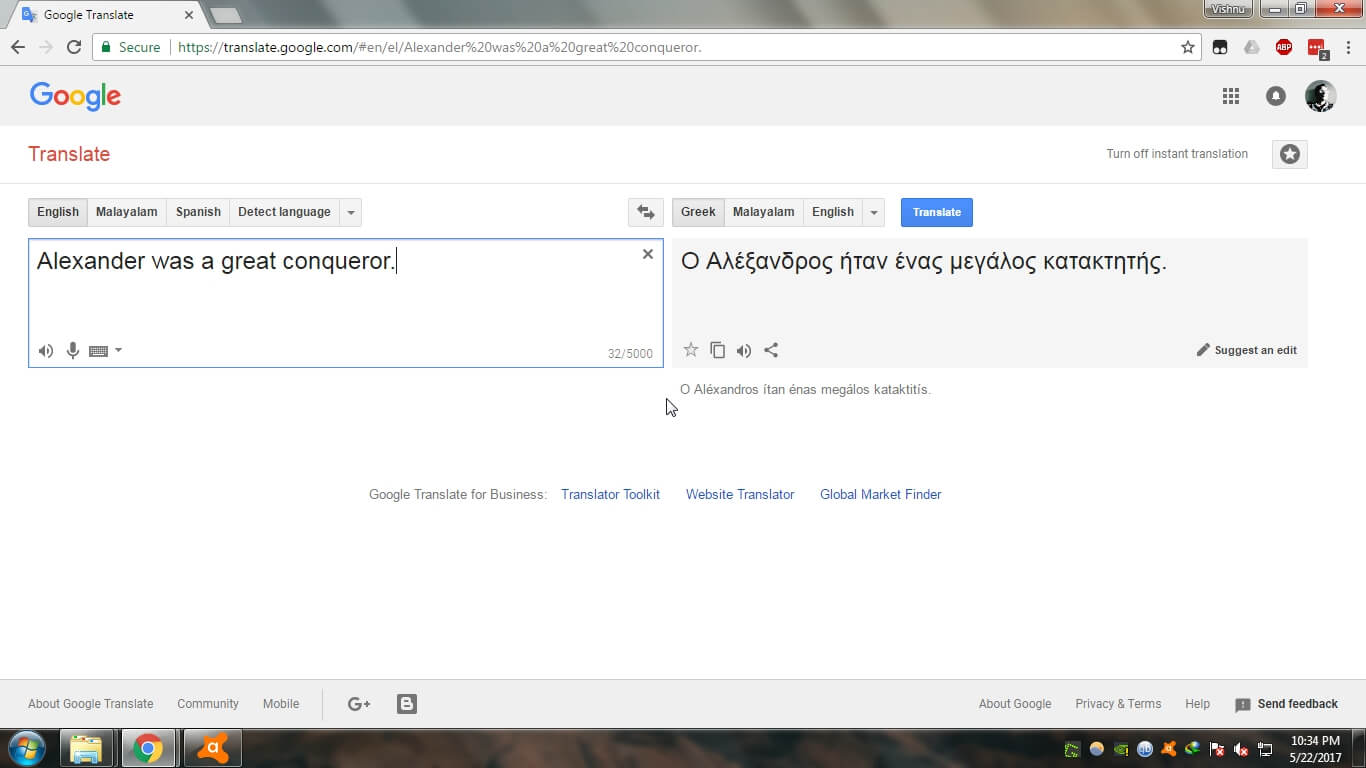 A neat little feature Google translate has is the ability to detect alanguage once you enter it. This means you can use it to identify an unknown language just as easily.  It can read out entered text in any supported language. The service is available as a native feature in Google’s Chrome web browser and works to translate entire web pages efficiently, however, the best feature of all is that Google Translate is offered totally free of cost to consumers and end users.

Below you’ll see a couple of screen grabs of Google Translate in action.

It is a close competitor to Google in this space and like Google had its API public. The app is free to use mostly for end users and consumers. This service unlike Google doesn’t support a whole lot of languages and doesn’t fare any better than Google’s translator in accuracy and correctness in some languages such as Hindi and Arabic. 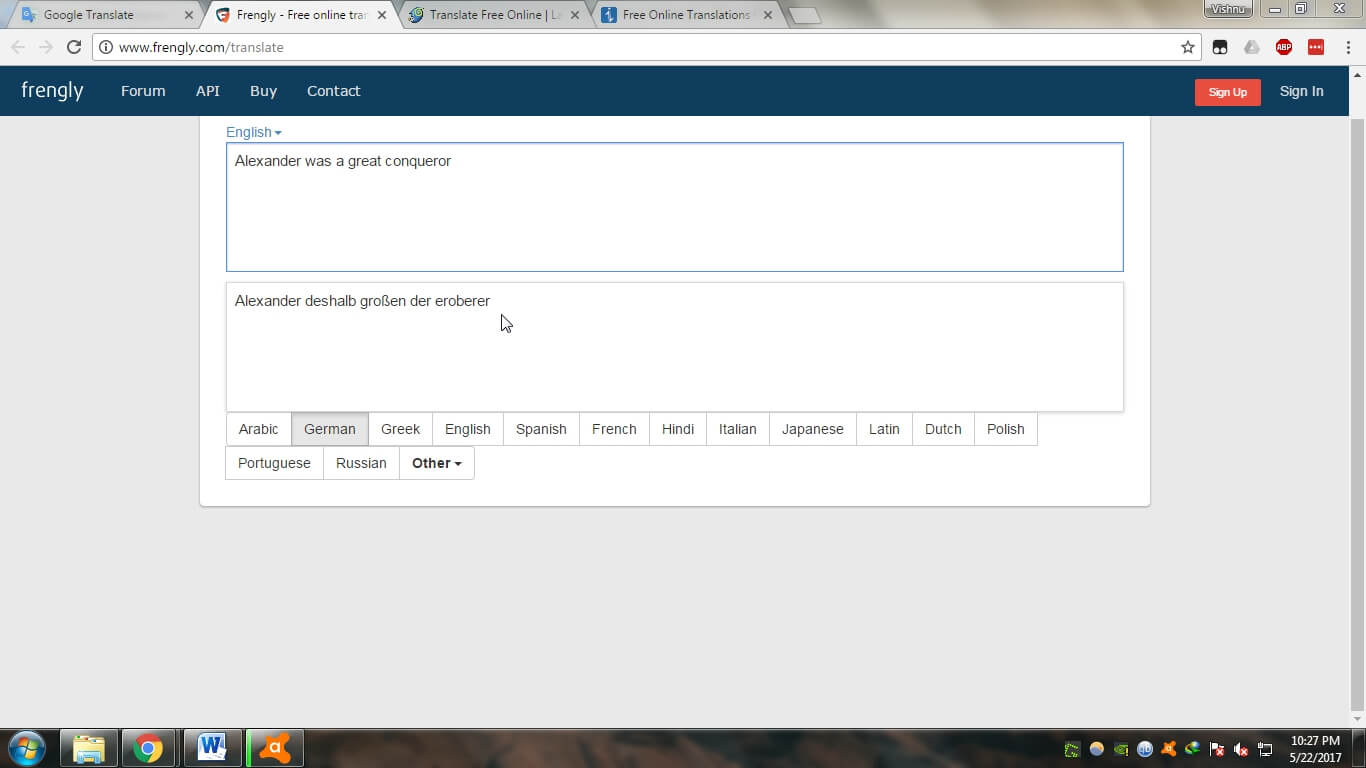 However, Frengly is easy to use, is instant, free and has a very simple UI and should do for small simple translations between major languages.

Worldlingo is a service which is different compared to the above two, in the fact that it actually provides an option for professional human translation. That service is cheap but paid nonetheless. It is fairly accurate with simple short sentences and has a word limit of 500 words at a time. It gets messy with long sentences though and you might want to stay off of such things. 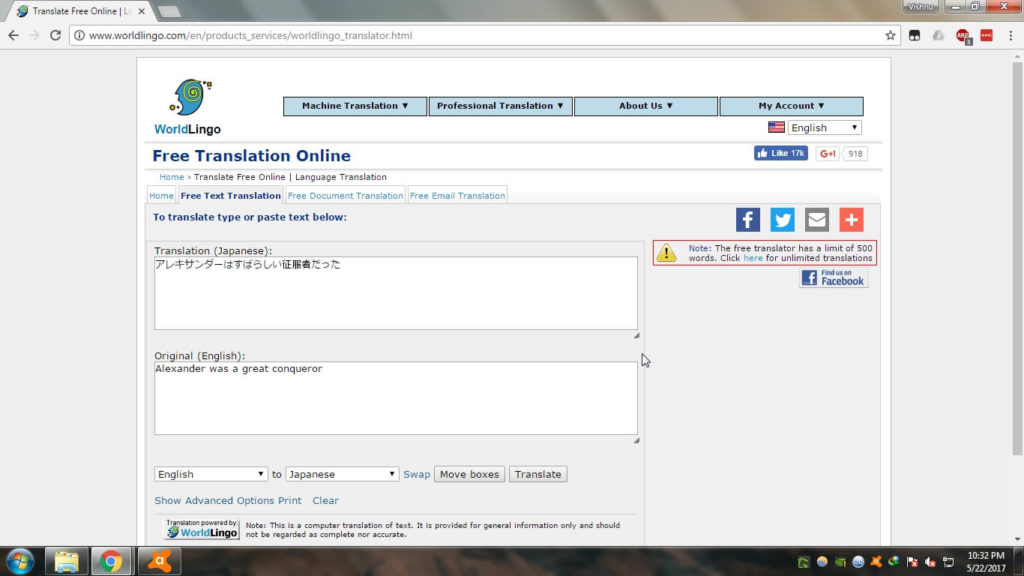 The machine translation API is likewise available online for other purposes as well.

This service is unlike the others in this list in the fact that once you select a language combo, the site returns the translation from multiple other servers and services and lets you choose which one you need. This means, you get to choose the most accurate one of the many which will be made available to you. You also get to vote on which one you think is the most accurate and also raise doubts on suspicious ones which seem wrong. You may visit the quoted service for more clarification also. The best thing about this service is its adaptability and the options that it provides to the user, you.

Want to Play that Dinosaur game even after your internet is back? Hands down, the Chrome Dinosaur game is extremely addictive no...
Read more
Internet

As an online word processor, Google Docs doing its job perfectly. For an individual user, it has almost everything one could need...
Read more