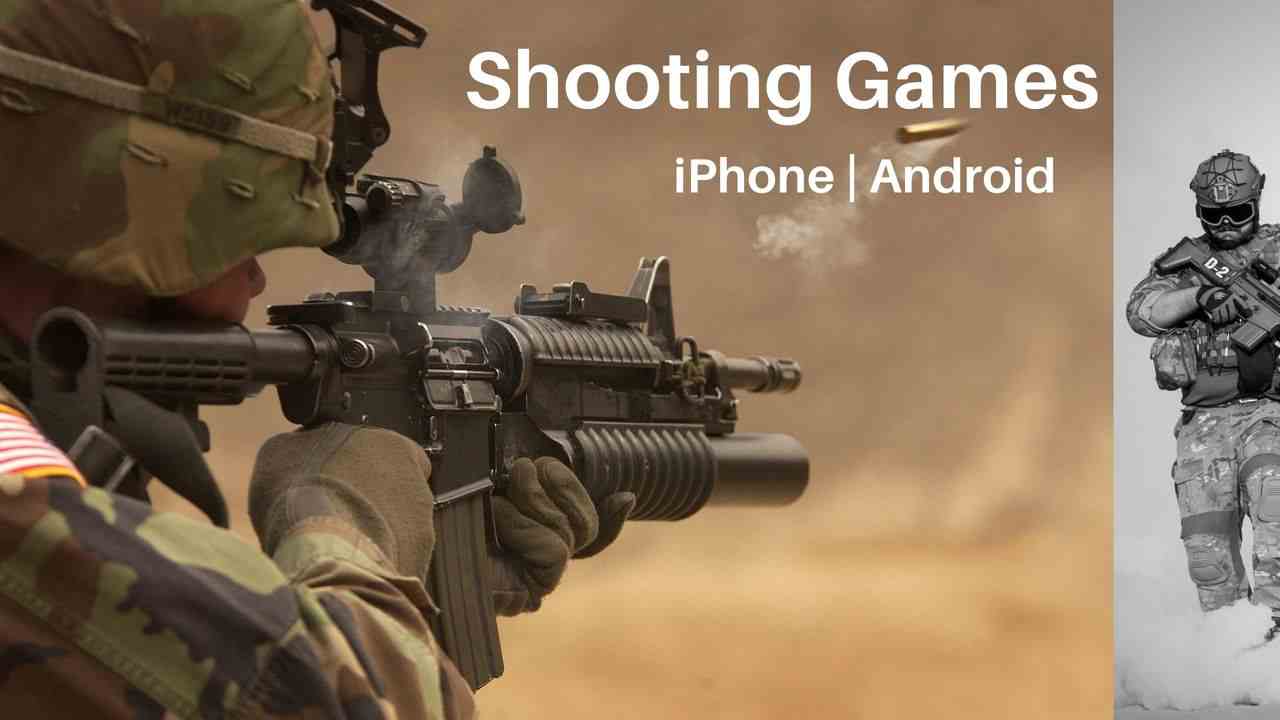 How to Turn ON Auto-reply using Focus Mode

Are you bored with endless action movie watching where you cannot move a single leaf? Then the online shooting games for platforms like android and iOS are designed for you. Be the best sniper out there and earn your position up the leader board.

Lead your team into victory and show off your moves on battlegrounds. If you aren’t a hero then be the villain without getting arrested for it in real life, and some are Multiplayer games to enjoy the game with friends. Also, you’ll be aware of PUBG, Free fire and Call of Duty, below are the games which you know less but worth playing.

Based on the Android gamers rating and reviews on the Google Play Store we have ranked these Shooting Games for Android mobile phones and tablets, you can also play these games in Emulators.

Race against inevitable villains like time and hit the bull’s eye while you are in the middle of exploding helicopters and zombie attacks in this first-person shooter (FPS) action game. Though the content rating of the game is mature.

You are the head of a team of veterans. You will have to face different scenarios that are common in a war-like situation, and so you need to focus if you want to win and save lives.

This game is a perfect blend of sniping and army tactics that will help you earn characters, ammo and player perks.

If you are into a SWAT vs terrorist game then this online multiplayer shooting game is just meant for you. Get prizes by participating in tournaments and choose from 70 weapons to decide what suits you the best. The best part about the game is its performance on the lowest-performing devices.

Shoot zombies wherever and whenever you want. The best part is that the game is limitless even when offline. The zombies you fight are of different types – depending on their ability to kill you and on the level of how much they are affected by the virus.

Based on the iOS gamers rating and reviews on the Apple Store we have ranked these Mobile Shooting Games for iPhones and iPads, you can also play these games in iPhone Emulators.

Create a squad of shooters to bring out the best team or test your shooting skills – you just have to beat other squads to show the mortal combat world who is the best.

Survival is the priority and again, time is the biggest enemy. You need to kill all the enemies before time runs out and each right shot adds 3 more seconds to your life. If you get bored with humans, you can kill zombies too!

This is a third-person shooting game where you get to rob banks and armored trucks. Like being the bad guy, then why not become the crime lord?

It is the year 1896 and a war is coming, guess who can save the world – you! Because you are the best the world has got.

The graphics these games introduce you to are mind-blowing. These are one of the few games that not only allow 3D weapons but a real-time environment that makes them addictive and engaging. Also, you get to know people like you and build a cult maybe. Be a part of the community that you belong to as the war cries begin.

The Best Racing Games of All Time