How to Get a Clubhouse Invite?

By Lynn Joseph
February 8, 2021
InternetHow to Get a Clubhouse Invite? 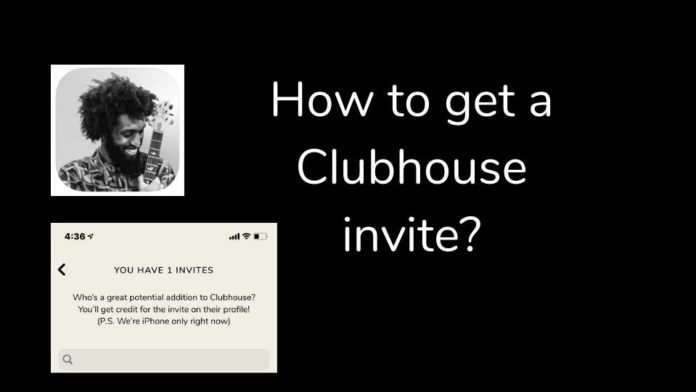 How to Change the username in Clubhouse

How to change phone number on Clubhouse

Twitter conversations these days are mostly about how their ClubHouse experience is. I see people asking for Clubhouse invites in twitter at least a couple of times a day. Mostly on the comedy and tech community, there has been a surge of users using Clubhouse on a daily basis. If you are someone who has a voice or even want to create a community where you can actually voice your opinions, clubhouse is the place to go.

Celebrities like Elon Musk, Chamath have been dropping in on Clubhouse clubs lately and sharing knowledge which could be helpful in terms of how they actually run their business. On the other hand, comedian Tim Dillon has been dropping funny bombs in rooms amidst all serious discussions which is super funny.

If you don’t want to waste time you could go to InviteClub.house and buy an invite. This site has been trusted and verified by many people on the internet. It has proven to be reliable in the market and away from scams.

Table of Contents show
ClubHouse invites
What is Clubhouse?
How to use it?
Buy an Invite
Ask a Friend
Is it Worth it?
Bottomline

At the moment (Feb 2021), Clubhouse provides two invites for every user that joins the platform. So, to use the ClubHouse service, you actually have to create an account and also receive an invite who is already using the audio only social media platform. It follows the old Gmail marketing strategy of bringing in users by giving them the hype about the difficulty of joining their platform.

So, its not that easy to actually find invites if you don’t have any friends or family using the Clubhouse at the moment.

As of now, you can sign up to join to reserve a spot when they open up to everyone or a limited number of users into the platform. Please do it now so that you get the username you want.

Clubhouse is an audio-chat/conferencing social media platform that was launched at the epicentre of the pandemic of 2020 back in April. The company behind the app is Alpha Exploration Co. It is known to be a group of software developers who have come up with this idea. The idea is to create a digital version of how people talk in a Club. It jumped in its hype during December/January of 2020/2021. Valued at a $100 million in December, it has been currently valued at more than 1 buillion US dollars.

You can check out about it at joinclubhouse.com.

The idea is in the app, you will have Rooms where you have a speaker and an audience, and also, people can drop in at times to other rooms based on invite and give a speech or go through with a discussion. Its a great way to connect with people of like minded ideas. Its definitely a networking platform. Its more than a instant messanger and less of a social media. I’d call it a social media with one major feature.

How to use it?

As of Feb 2020, the app is available only for iOS platform. There have been reports of the company working on a Android version because of its high demand from millions of people across the world. It has a huge audience in the west where using an Apple device is the most prevalent idea. We can expect to have a surge in the users number when it hits the Android and grabs all the users from the Eastern side of the world.

You can follow people whom you would think to be interesting and every Room they are a part of will be notified to you if its a public room. You can join it and see what they are talking about.

There are many sites where you can actually buy invites now if you don’t know anyone personally who would give you an invite. Since every user has only two invites, the user base is growing slowly and I have a feeling the company wants it that way.

If you want to buy an invite, you could go to https://inviteclub.house/.

You could ask your friends if any of them. You will most probably find it if you have friends who are into tech. That’s how I found it. As you can see, I have one more invite left. I had to ask a couple of friends before I found one who helped me out.

Is it Worth it?

From what I have read in Twitter and Reddit, people seem to really enjoy it. One major point put forth by many of its users is that its like listening to podcasts you like. You know you would enjoy and you listen to podcasts Live on Clubhouse. People having great conversation mostly long form which I personally enjoy very much.

I have been personally using this app regularly for about 4 days now and I have to say, I really enjoy it. When someone you like or follow shows up in a Room, you get notified and if its a public room, you could join it and have it. Its a great experience. Its not flooded with features that are unnecessary and pointless. *cou..(Facebook)…ghs*

I’d recommend you to give it a try. I don’t feel like its a waste of time if you are joining Rooms which could add value to your life. Garyvee mentioned it a couple of months ago that this would become huge in the coming future and he was kind of right. I would believe him because he has a keen eye for things like this.