By Lynn Joseph
February 12, 2021
InternetHow to do Spaces on Twitter 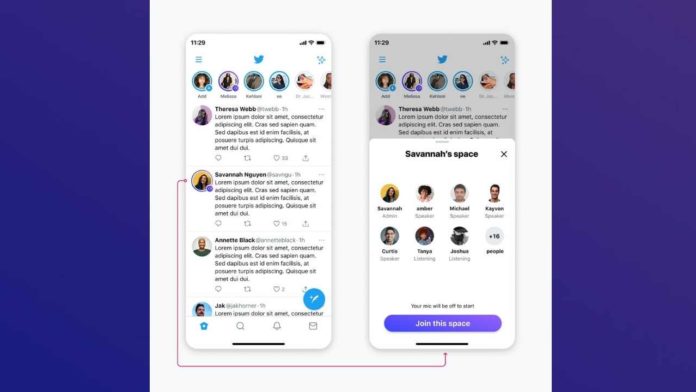 How to save a GIF from Twitter [PC, Android, and iPhone]

Now that all iOS users are crowding around Clubhouse for the last couple of weeks, this might be a good time to actually share about a similar feature available already in one of the most famous micro-blogging platform. I am, of course, talking about Twitter.

aye we’re live! what up y’all, we're the team behind Spaces––a small experiment focused on the intimacy of the human voice🧵

It is advertised as a new experience under the Twittersphere. It is currently called Twitter Spaces as of now has been moved to beta testing back in December. It has been announced that it will be available only for select individuals.

Similarly there has been a rise in audio based social media platforms especially during the pandemic period.

Twitter spaces are similar to Clubhouse rooms where you can invite people to actually have a conversation. A Space can have up to 10 people who can talk and anyone in the public can actually listen to the room. No protected or private Space feature hasn’t rolled out yet. Twitter has said the following about Spaces.

Spaces is a place to come together, built around the voices of the people using Twitter, your Twitter community. Spaces are live for as long as they’re open; once ended, they will no longer be available publicly on Twitter.

I’m not a big proponent of Twitter because of its censoring practices. I’m a hypocrite obviously because I use Twitter every day.

As informed, Spaces can be created by two different ways.

There is a blue button at the bottom right corner of the screen. This is normally the Compose button. Press and hold that button. This will create a Space where you can add people to maybe have a discussion over the internet.

The second way is to tap on the profile image Twitter Fleets and then scroll to the far right, and tap Spaces which you will find at the end. You can use this Space to share your own thoughts, share emotions in the form of emojis and more features.

We're thinking about adding a ring around avatars in the home timeline to show if someone is a speaker or a host of a space. Tap the avatar to see the space they're in. pic.twitter.com/0aiDFXXkrM

Who can allowed to join a Space?

For now, Spaces are public and anyone can join as a listener. If you create a Space, your followers will see it in their Fleets. You have control over who can speak. While setting up a Space, you can select who can join with speaking privileges by choosing from Everyone, People you follow, or Only people you invite to speak, which lets you send DM invites. You can change this at any time while the Space is open.

Who can speak in my Space?

Since you are the one who creates the space, you get to actually choose who gets to be a part of the Space. There are three different options.

If you choose the last option, you can actualy send invites via Direct Message. If the space is open you could actually change this option anytime.

One big feature in Twitter Spaces is the feature of live transcription. Everything that’s spoken in the Spaces are transcribed and can be downloaded later by the person who created the room. This is a great feature that carries out accountability on everything that has been spoken in the Twitter Spaces. People have to be careful about what they say in a Space because the conversations could be brought up later as a transcription.

This can be the feature that can easily rival other audio only similar social media platforms. I’m assuming that the competitors are working on this feature as we speak.

I have been using Clubouse for about a week now. It seems like a superior option in this format of social media at the moment. The app seems to be extremely stable and from what I have researched, there has been very less technical issues.

There has been a couple of incidents of censoring that could have been handled better but I wouldn’t worry about it too much because these kind of issues are going to rain down as soon as Twitter releases their Spaces to their mass user base around the world.