Google is biggest search engine and it ranks #1 in the most number of websites visited per month,  Google is a multinational American Technology Company that specializes in the Internet-related products and services, such as search tools, advertising services, publishing and communication tools, map-related products, security tools, statistical tools, desktop applications, mobile applications, hardware, cloud computing services, operating systems and much more.

Sergey Brin and Larry Page founded Google in the year 1998 while they were the Ph.D. students of the Stanford University. The traditional search engines ranked the results on the basis of the number of times a ‘search term’ was visible on a page. Brin and Page devised a ‘new technology’ for ranking the search results. This technology was known as the ‘Page Rank.’ According to this technology, the relevance of a website was determined by the importance and number of the pages, which linked back to its original site.

Google’s first funding was done in August 1998 with a $100,000 contribution from Andy Bechtolsheim, who was Sun Microsystem’s co-founder. Apart from him Jeff Bezos ( Amazon.com’s co-founder),  David Cheriton (professor in Computer Science at Stanford University) and Ram Shriram (entrepreneur) even invested in Google in 1998. The other major investor who invested in Google on the 7th of June 1999 was the firm on venture capital, such as Sequoia Capital. 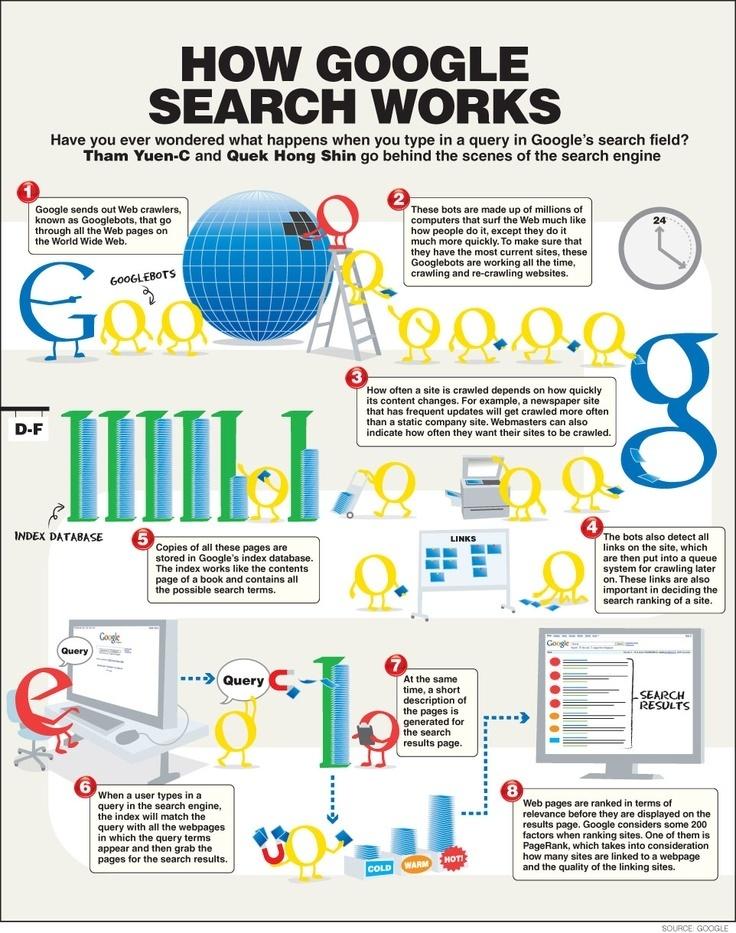 Page and Brin together control 56% of the voting power of stock holding through the super-voting stock and own about 14% of the Company’s Shares.

The office of Google was moved to Palo Alto in California in the month of March 1999. In the following year, Google sold advertisements related to the search keywords. The advertisements sold were based on text for maintaining an uncluttered design of the page and for increasing speed. The selling of keywords was on a basis of the combined factors of click-throughs and price bids.

Google received the PageRank patent in the year 2001. In 2003 Google leased the official complex for the Company known as Googleplex from the ‘Silicon Graphics.’ With the strategic move of shifting advertising from the television, newspapers, and magazines to the Internet, Google made a 700%increse in their third quarter profits, as reported by the ‘Washington Post’ in the year 2005.

It acquired several companies such as Deja News, AdSence, Applied Semantics, Keyhole, Urchin Software, DoubleClick in the period between 2000-2007. Apart from the acquisitions, Google partnered with several organizations for advertising, researching and other activities. In 2005 Google formed a partnership with AOL for enhancing its video search services. It even partnered with the NASA Armes Research Center for building offices and GeoEye for launching satellites and providing high-quality images for the Google Earth. One of its largest acquisitions is that of Motorola Mobility. Some of the other acquisitions of Google are Waze, Deep Mind Technologies, Green Throttle Games etc.

Google announced to restructure its diverse interests under the Parent Company Alphabet on the 10th of August 2015. Thereafter, it continued to operate as the web-based leading subsidiary of Alphabet. Sundar Pichai assumed the position of the CEO of Google following its reorganization. Google's former CEO Larry Page took over as the CEO of its Parent Company ‘Alphabet.’

Want to Play that Dinosaur game even after your internet is back? Hands down, the Chrome Dinosaur game is extremely addictive no...
Read more
Internet

As an online word processor, Google Docs doing its job perfectly. For an individual user, it has almost everything one could need...
Read more