How to Set Up Face ID With a Mask

How to Disable in-app Purchases in iPhone

What do you do, when you get bored? Listen to music, songs, some of you may even dance in your free time but most of us prefer playing games. As it is fun, indulging and most importantly you can play it any time and anywhere, you just need your mobile phone and internet connection (for some games).

Everyone has their own choice when it comes to games. And the clash of clans is that game of all time which became popular so soon and people got addicted. But as we know everything to have its pros and cons, the clash of clans has its own. At times you have to wait around to get things done before you proceed. So, if you are looking for another game to play in that meantime, but want it to be as entertaining and indulging as the clash of clans. Then don't worry, here you can find the list of games which are similar to clash of clans. These empire building games are strategic and can keep you engaged for hours. 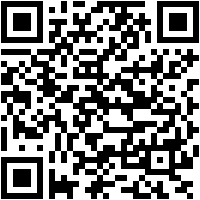 Developed by SEGA in 2016 add to the list of kingdom building games. Like every other game of this genre, you need to build your civilization, make troops and then expand your kingdom by fighting with other players. Also, it supports cross-platform so you can play this game on any device be it your tab, PC or mobile phone. It is freemium and available on google play. 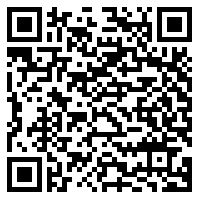 It is not as same as the clash of clans but is as entertaining and engaging as every game should be. This battle-shooting game can take your hours without you realizing it. Activision has developed it. It is available on different platforms like Android, iOS and Windows 10 PC. It is free of cost with in-app purchases. You can try it and we can assure you that this game won't disappoint you.

3. Castle clash: Heroes of the Empire

Like other empire-building strategy games, even in this game, you have to make or build your village, protect it from opponents or attackers and combat against other villages. You get heroes and dungeons to protect and fight. It is freemium or can say free with in-app purchases.

Another kingdom-battle game of gaming world with many different features that can keep you indulged for hours. In this game, you need to build your base at the beach line and defend yourself from your opponents. It has pretty good and longer campaign mode unlike other games of this genre. It is developed by Supercell and can be played on Android and iOS. It is free with in-app purchases.

Dawn of Titans is developed by natural motion games and is available for both android as well as iOS. It is free with in-app purchases. Graphics of this game is amazing and you battle with thousands of troops together unlike other games of this genre, which brings the feeling of an actual war. There are different features, you can control your troops and their actions on the battlefield. There are a variety of special features and modes. Its visual impacts attract gamers.

It is similar to clash of clans but in this game, there are different heroes with different abilities. You build your base, defend it and combat against different players to expand and win. It supports Android, iOS, facebook games and also windows mobiles. It is developed by My.com. It is freemium. Its different features include playing to playing tournaments as well.

7. Age of Empires: Castle of Siege

Smoking gun interactive has developed this game for all different platforms like Android, iOS, Windows phone, and PC. It is freemium i.e. the game is free of cost but include in-app purchases. It is just like clash of clans you build your empire and units and then battle to win more. One interesting feature of this game is the control, it allows you to control your civilization and troops in the battlefield as well, which u can't do in the clash of clans.

These are few top games of this genre which you would like to play. There are more to this list like ‘Star Wars: Commander’, ‘Guardian Kingdoms’, ‘Lords Mobile’, ‘Plunder Pirates’, ‘Siegefall’, ‘Stick War: Legacy’ and many more. Go check them now, building your own kingdom and enjoy!

How to Identify Fonts Used In Any Photo Or Image

Ever been in a situation where you saw some text in an image and thought What is that font?...
Internet

How to use Android phone as Webcam on Mac

How to Change Administrator on Windows 11

How to open Command Prompt in Windows 11